Duke Special, a musician from Northern Ireland, played in the chapel here at the Irish College.  He has adapted several of Michael Longley’s poems.  Longley has been described along with Seamus Heaney as a poet ot the troubles and so it continues, this exploration of national trauma and, perhaps, healing.

With just a piano and his voice, he filled the space with hope, humor, loss, redemption. I barely moved during the entire concert, mesmerized, enthralled. 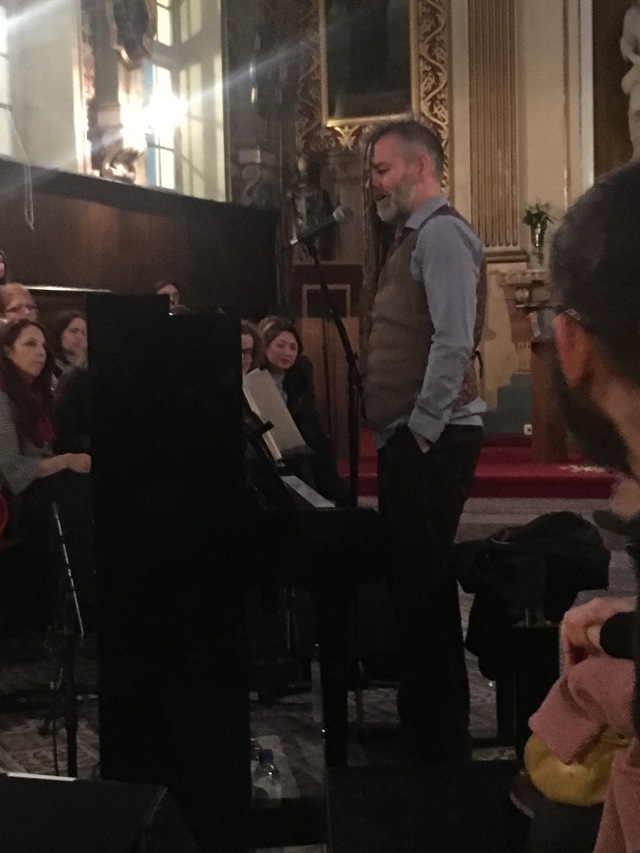 Duke Special’s music and Michael Longley’s words continue to reverberate . Krista Tippet, host of the radio show and podcast, On Being, interviewed Longley in 2016 with this introduction “To dwell on beauty and normalcy- to assert the liveliness of ordinary things, precisley in the face of what is hardest and most broken in society- this has been Michael Longley’s gift to Northern Ireland….”

One poem that is part of these adaptations is “The Ice Cream Man” which refers to an ice cream man murdered during the troubles. Longley’s daughter, who frequented the store, used her own money to buy carnations to place on the pavement.  In the poem, Longley pairs the names of flowers with the flavors of ice cream of which is daughter knew every one. The mother of the murdered man wrote to Longley: “The fact that there were 21 flavors of ice cream in the shop and you wrote 21 flowers in the poem was coincidental. I do bless you for your kind thoughts and may God bless you.” She signed it, the Ice-Cream Man’s mother…”

Rum and raisin, vanilla, butterscotch, walnut, peach:
You would rhyme off the flavors. That was before
They murdered the ice-cream man on the Lisburn Road
And you bought carnations to lay outside his shop.
I named for you all the wild flowers of the Burren
I had seen in one day: thyme, valerian, loosestrife,
Meadowsweet, tway blade, crowfoot, ling, angelica,
Herb robert, marjoram, cow parsley, sundew, vetch,
Mountain avens, wood sage, ragged robin, stitchwort,
Yarrow, lady’s bedstraw, bindweed, bog pimpernel.

Who will give such gifts to America?