A new year officially. For me, March 13, 2020 marked the “new” year when I rushed home from Ireland as Trump closed the airports to international travel. The COVID-19 year. Usually, I hold an open house, inviting most everyone I know. Fresh ham (the same cut as a ham but unsmoked) sauerkraut, and rye bread are menu staples. Although on my own this New Year’s, I still intended to feast on the customary dishes. Like my search for a Christmas tree, I came up empty: not one supermarket had the ham in stock. I panicked. I needed this tradition to make the world seem normal, even for a day. After much fretting and searching, I found a local farm that sells pork: they offered me a deboned shoulder. New Year’s Day, I did the honors, shoving rosemary and garlic wherever I found an opening. Mashed potatoes, sauerkraut. and salad finished it off. I ate and drank heartily.

The world, at least my part of the world, went mad today. Trying to hold on to the presidency, Trump created a riot. Hitler accepted defeat and slinked off to a bunker. Trump got his minions to do his dirty work claiming the election was a fraud. He egged on his supporters to storm the Capitol Building. They succeeded: some with guns loaded, some taking congressional offices hostage, some forcing guards to barricade the Senate chamber. Windows were broken, guns were waved, and by the end of the day, two people were dead. The attempt to prevent Congress from certifying the election results failed, but striking fear into the hearts of most citizens succeeded. What’s next? 2021 is 1774 in reverse. The first revolution’s goal was to overthrow a despot- the British. This siege’s goal was to keep a despot, Trump, in power. Heart sick.

This morning, a large bird sat on the top of my neighbor’s tree. I was pretty sure it was a hawk, sitting, surveying, hoping for a meal. During breakfast, it moved to a large ash tree that graces my back yard. Most mornings, cardinals and sparrows show up around 9 to scratch at the broadcasted sunflower seeds. Not one. He soon left for better hunting grounds. 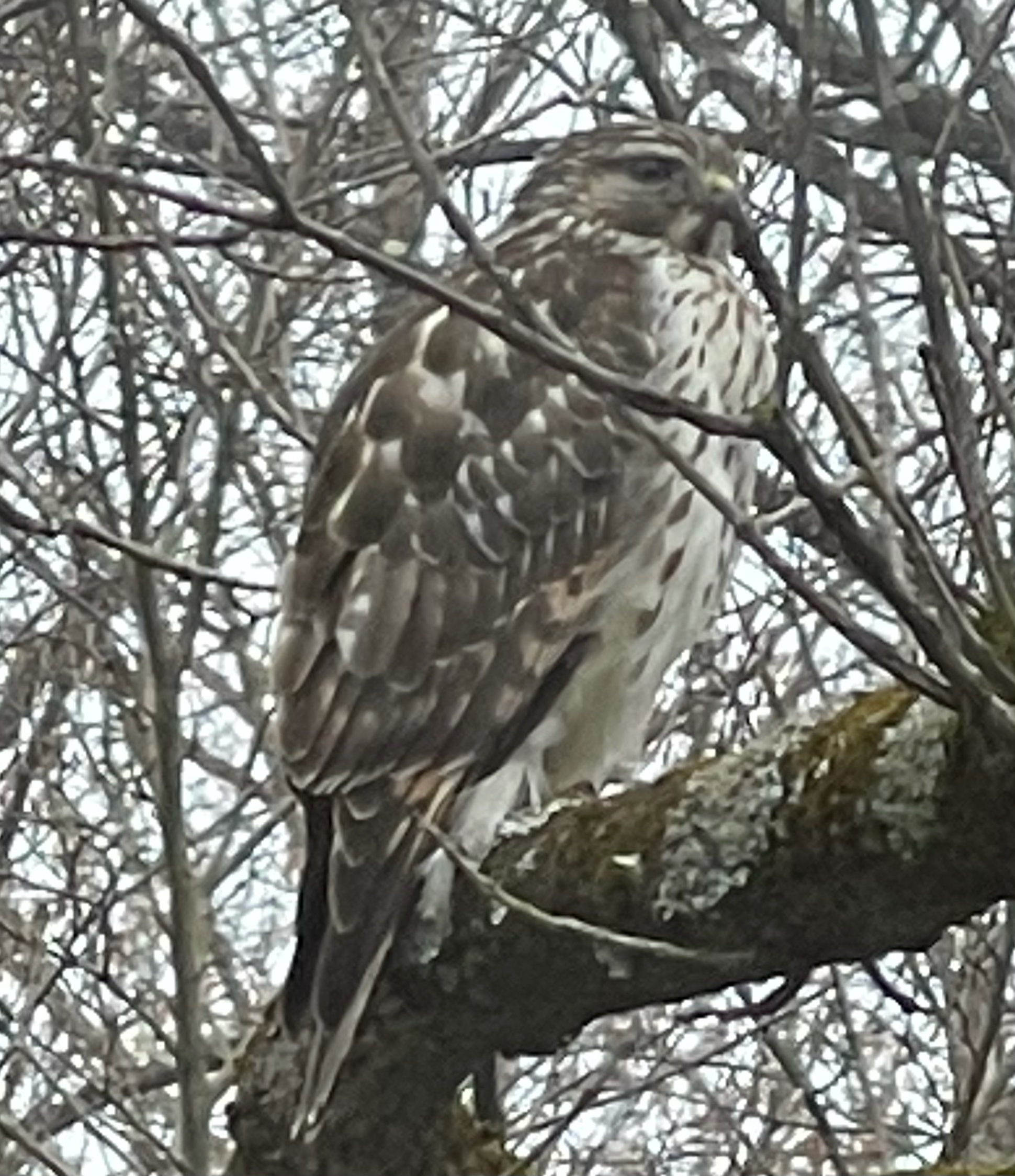 Inaugeration. Is the siege over? Physically, the White House is now occupied by President Biden. As for the rest of the country- deeply divided. Trump’s supporters, still in denial, wait for a miracle, ignoring the truth behind his presidency.

I celebrated my birthday at my son’s house on the Jersey shore. Each morning with the temperature in the single digits, we walked along the 14th street beach in Barnegat Light. The only travelers in a desert landscape. Once on Eigg, an island in the inner Hebrides of Scotland, I looked across to the Isle of Skye. I ordered my brain to permanently imprint it’s beauty. These past few days, I gave the same order- hold on to this haunting landscape, to this untouched world. 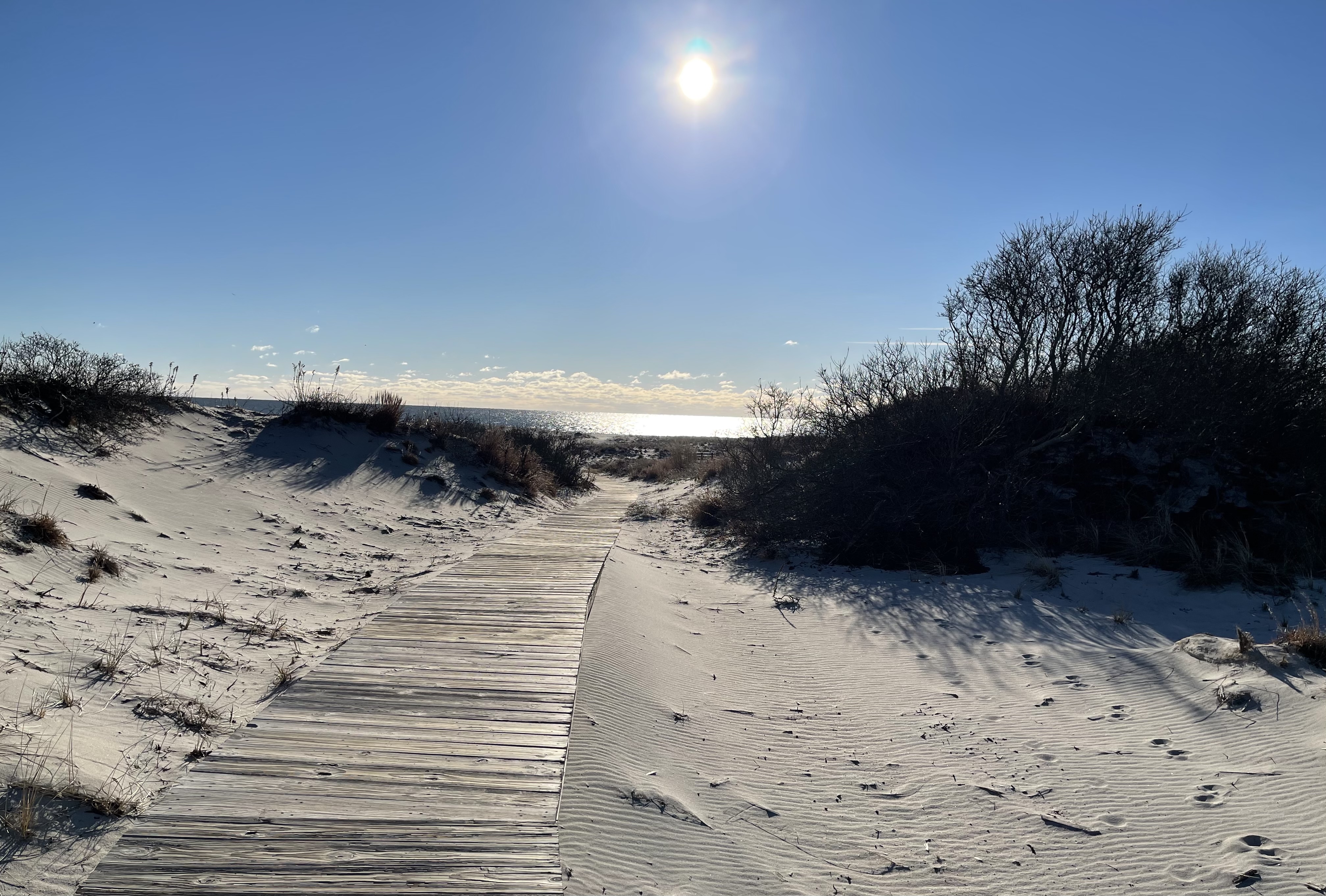