Swimming with Pelicans: Some Thoughts on Cuba

Last April while visiting Cuba on a Fulbright Association Tour, I took an afternoon swim in the Caribbean Sea. Determined to swim laps, I moved beyond the other bathers. Five laps later, I looked south towards the horizon and noticed a pelican swimming in the distance. According to the OED, a pelican is a large gregarious water bird. That adjective proved to be true: soon he was bobbing within 20 feet of me. Initially, he, or maybe she, captured my interest. I’d never swum with a pelican, but as the bird moved closer, my interest turned to concern, for me and for the bird. Would he attack me if he came too close? Did my head, the only part of my body visible as I did the sidestroke, resemble a tasty fish? Was he sick? Did he need help or was he just friendly? Eventually, he meandered through the other swimmers getting ever closer to shore and then took off in search of better prey.

During my trip, I swam in the waters of Cuban life with its “gregarious” citizens and just as my encounter with the pelican raised questions, so did Cuba challenge my socialist soul. At first the picture was rosy: on closer inspection, life in Cuba, took on a more chiaroscuro hue.

Our first afternoon in Havana confirmed my belief that a socialist government had much to offer. We visited Todas las Manos Community Project to witness government intervention in a neighborhood struggling with alcoholism. When asked by the government what they needed to combat this problem, the residents focused on teaching and supporting the arts. A community center was created with free painting, singing, and modeling lessons. The outcome, as presented on our visit, was young and old developing and sharing their art. While a young man acted as disc jockey for the performances, we heard singers and watched dancers of all ages and, afterwards, visited with a local painter. My mouth grew stiff in a perpetual smile as I filled up with song and well-being. My body, unable to keep still, swayed with Afro Cuban rhythms.

On our second day in Havana, we visited the urban garden Alamar and like the pelican, I wanted to wade right in. Moving to Cuba, where I could earn a living weeding and planting seemed a dream come true. Instead of my lonely gardening at home, I could work side by side with other like-minded souls. And this garden reeked of soulfulness from the head gardener whose face arrested and calmed me to an herb known to ward off evil spirits. Alamar, sustained by the Cuban government, is a 5-acre oasis of peace and order where horses and oxen do the heavy work and the fruits of animal and human labor are sold to the residents of Havana. 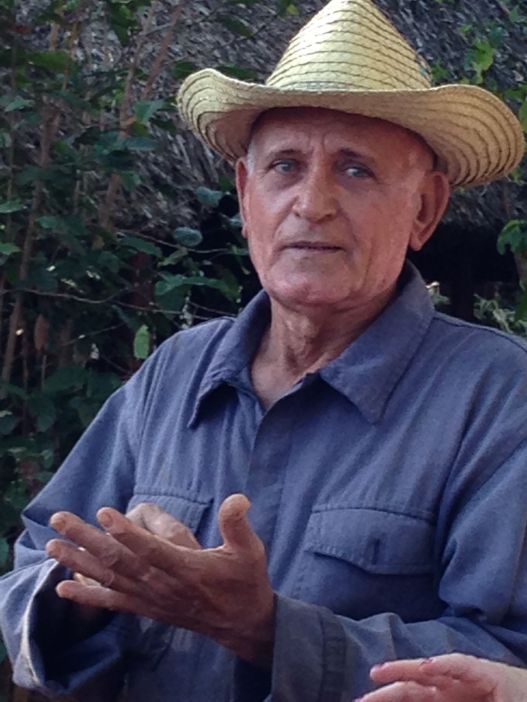 The good news just kept coming. On another afternoon, we visited Opera de la Calle, Opera of the Street, comprised of young non-professional performers. The company is housed in a large garage suitable to the notion of a people’s opera, but they, also, perform throughout Cuba and South America. Perhaps to welcome us, they began the show with songs and dances from The Lion King, then, continued with traditional Cuban music. They moved from song to song and dance to dance joyfully and passionately. This time, tears ran down my cheeks as my emotions got the better of me. Imagine, a government that pays young people off the street to pursue their dreams. That is not a “dream deferred.”

Along with these experiences, members of the tour had conversations with locals in the markets and the restaurants we visited. Here the portrait of Cuba shifted. Some Cubans were reluctant to talk, worried they would be labeled dissidents. The Cuban government has not been kind to its critics. Yet, a few risked exposure and shared their frustrations. For example, the government provides free education including higher education; however, those who have become professionals do not necessarily stay in their chosen field as the pay isn’t adequate. Even though the Cuban government provides monthly food rations to all its citizens, these rations only last several weeks. Consequently, one teacher reported that he left education to sell gifts to tourists as this form of retail allows him to feed his family.

One profession recently had its pay raised–doctors. Cuba’s health care system is praised world wide resulting in its doctors being exported to other countries and, thus, bringing money into the government’s coffers. Consequently, their salaries have recently doubled to the equivalent of $67 a month. In Havana, each designated quarter has it’s own health clinic and a doctor who is assigned a reasonable number of patients as opposed to our overworked physicians who can barely spend 5 minutes with us. But the question arises, how is it to live on such a meager sum? I know that our tip to our driver and tour guide was the equivalent of many months pay for health care professionals. Working in the tourist industry has, according to some, created economic inequality. These contradictions fought with my notions of an ideal socialism, which I am likely to champion with anyone willing to listen. Several members of the tour would agree and, perhaps, occasionally wished they weren’t seated next to me on the bus or at meals when I couldn’t resist such a rant.

Housing issues added to my internal struggle. A good number of Cubans, with the help of the government, have been able to buy their apartments or homes even those homes abandoned by the wealthy that fled to Miami once the revolution succeeded. Anyone living in these houses was given the opportunity to purchase it for a reasonable amount with a low interest government loan. However, the government has not been able to provide decent housing for all. Many homes are overcrowded and squatters live in abandoned buildings sometimes without plumbing or electricity. As we made our way throughout Havana, we were confronted with countless colonial structures which could aptly be described as “joli laide,” a French expression whose literal translation is “pretty ugly” but whose connotative meaning is closer to the idea of beauty in ugliness. Without maintenance since 1959, many may be beyond saving, but their graceful exteriors fill the city with a romantic loveliness. 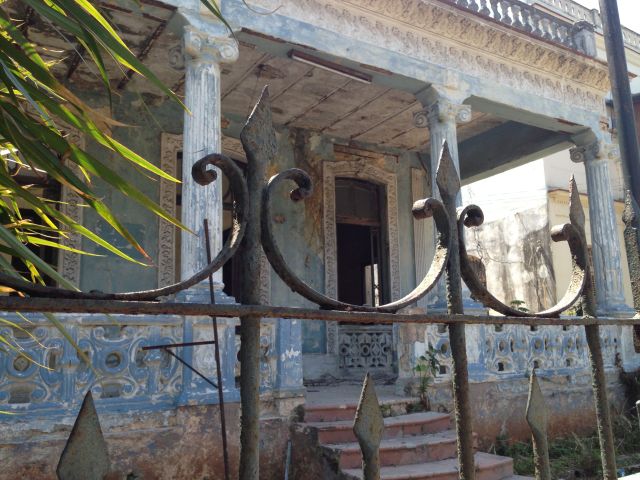 Peacefulness pervades not only in the urban garden but in rural Cuba as well. The billboards advertise socialism not consumerism. Few cars fill the highways outside of Havana. Instead, people walk, bike, or ride in drays. And like the garden in Havana, many of the smaller farms use oxen and horses instead of tractors. Getting access to the Internet was difficult, so we weren’t plugged in. For me, peace again reigned. I often travel on my own and am happiest when I have only my thoughts to keep me company. However, that peace exists because most Cubans don’t have phones or cars, let alone Internet access. As one resident said to me, “You may like having a Cuba of sixty years ago, but we can’t stay in the past for your benefit. We want what you have.”

And I want what they have: free health care, free education, almost 100 percent literacy, mostly organic food, government support for the arts. I, also, want freedom of speech, and freedom to compete. On visits to the urban garden, to the community center, to a revolutionary committee meeting, to a performance by the Opera de la Calle, to the American Consulate, we asked over and over again, “What will happen when Cuba and the United States have restored economic and diplomatic relations?” Some Cubans believe their government will not be overrun by the commercialism of the west. But can they have their socialist cake while drinking at the capitalist trough?