My reading this month included non-fiction, cookbooks, and audio books. To escape the ennui accompanying COVID-19, I listened to Provence 1970 Luke Barr’s account of a confluence of food writers in the south of France: James Beard, M.F.K. Fisher, Julia Child, Simone Beck, Judith Jones and Richard Olney, the sometimes cantankerous painter and cookbook writer. Although by all accounts his meals were perfect, his approach to instruction was to provide general directions such as how to make a vinaigrette and then list various ingredients for a salad, so readers can make their own adjustments. I decided to take him on using his instructions for Porc Rôti au Fenouil or Roast Pork with Fennel as the main course for a family dinner in my garden. We began with a traditional French appetizer, french breakfast radishes from the garden served with butter, followed by the Porc Rôti au Fenouil served with sautéed potatoes, green beans with thyme and lemon, and, finally, dessert, peach pie.

The pie is an adaptation of one I learned while living in France with family friends, the Brenots who introduced me to good food at their summer home in Sotteville-sur-Mer and their apartment in the 12th arrondissement in Paris.

My sighs, my grunts of pleasure, the closing of my eyes as I swooned over most meals amused them.   I ate everything they put in front of me: whole fish where I learned to use a spoon to get at the sweet flesh just below the eyeballs, wild hare with its innards made into a terrine, gamey yet fresh from the addition of tomatoes.  It took me twenty years to figure out Mme. Brenot’s crab soup and although mine is good, hers was perfection.

At that time, French husbands had one dish at which they excelled and probably the only one they ever cooked. For example, M. Brenot’s brother’s was a mousse of octopus including the ink. Not my favorite. But M. Brenot made an unforgettable tarte aux abricots. Finding good apricots in New Jersey is practically an impossibility. But Jersey peaches in August work.

My daughter and I have spent many a summer enjoying the sun and food of Aix-en-Provence, a second home. The meal transported us as food can often do and instead of COVID-19, the conversation drifted to good food and Lyon, the supposed gastronomic center of France. I had just finished Dirt another book about food and France where Bill Buford in his late 50’s apprentices at a Lyon restaurant.

The pandemic can be a time for regrets. One that haunts me is leaving Paris to finish my degree: my parents insisted. Sometimes, we find ourselves in the one place that is home. For me it was Paris. Everything fit: I was free. What if I hadn’t been a “good girl” and stayed? Would I have been a “good” French housewife instead? French women had only gotten the right to open a bank account in their own name, not their husbands, in 1965. I’m sure many households held on to that tradition for decades. I often railed at my mother for the measly allowance my father gave her: $100 a week for years and then, after I had left home, $200. She never complained. She felt safe after having grown up in an unpredictable alcoholic family. So perhaps I wouldn’t have been free in Paris. Although I have bragged to my husband that “I’ve been a good French housewife” whenever I’ve managed to use up everything in the refrigerator.

Later in the month, on my son’s porch in Barnegat Light, we enjoyed another bounty from my garden, all the cherries I had picked made into one pie. After which we took our traditional walk at dusk. “Can the French make a cherry pie Billy Boy, Billy Boy. Can they make a cherry pie charming Billy?” 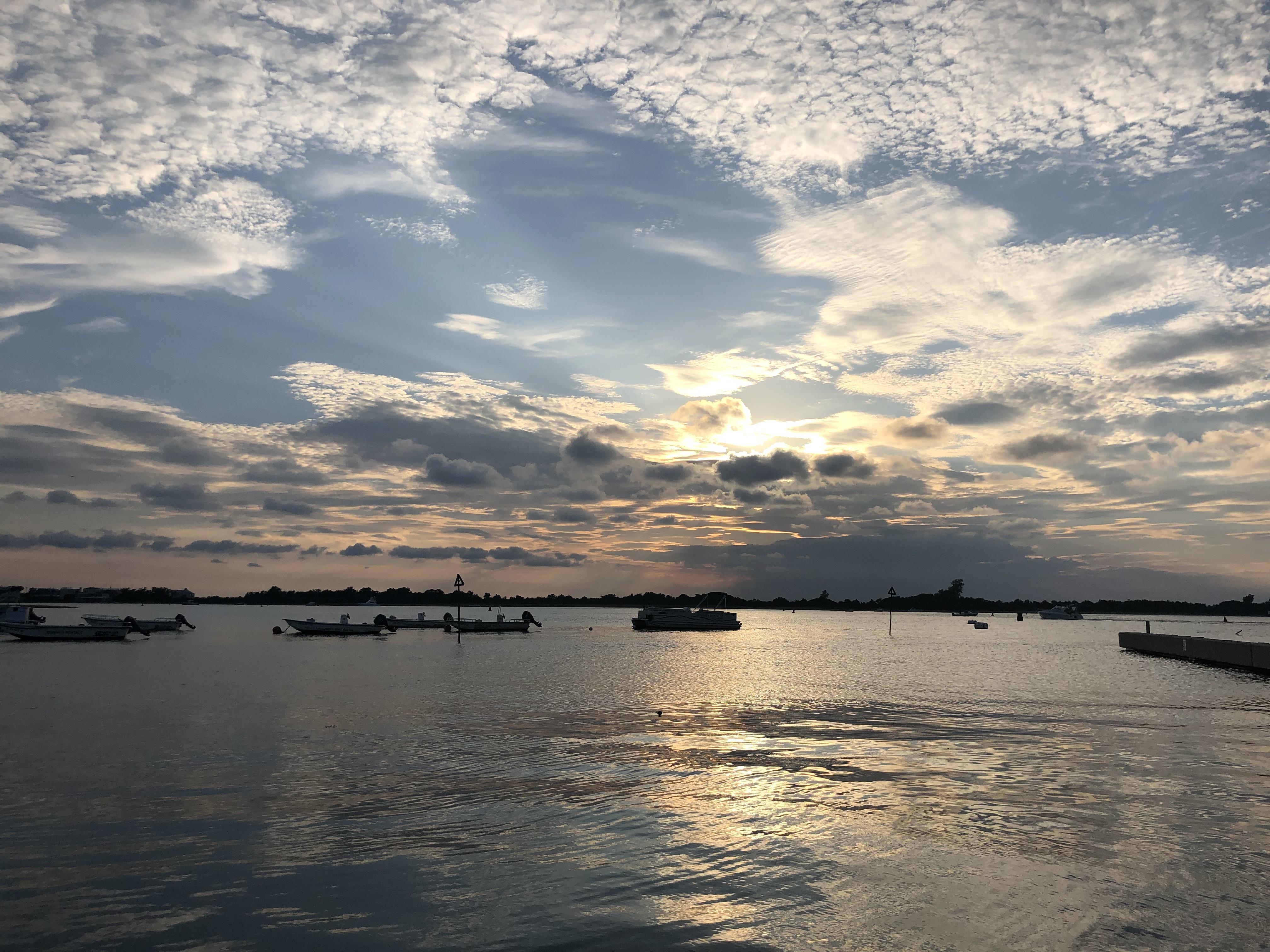