I flew from Charles de Gaulle to Gatewick without a hitch.  I had read that the black cabs of London cost the same as Uber.  Not true.  100 Euros later, I arrived at my hotel, the Crescent, located on Cartwright Gardens in Bloomsbury.   Since the Georgian building has no elevator, once the woman at registration saw my luggage, she opted to change my room to the ground floor overlooking a small courtyard.

By now it was almost 7: time for dinner.  Luckily Marchmont Street around the corner is home to a number of restaurants.  I settled on the most crowded: the Marquis Cornwallis, named after an 18th century merchantman ship dating back to the 1800’s.   Customers seat themselves, then, place their order at the bar.  When a waiter picked up the remains of my dinner, I asked if I had to return to the bar to order dessert.  “No, love. I’ll get it for you.”  Nothing like being addressed as “love” to feel less alone.

As my son Larry was in England on business, we planned to spend the day together.  And a lovely day it was.  We managed to have a full English breakfast at the Crescent and set off under a blue sky for the 1.5 mile walk to Regents Park which can be a paradise for bird watchers.  We were able to sight common coots and grey herons.

We spent an hour or more meandering through the park, crossing the bridge to the Japanese Garden Island, then on to Queen Mary’s Rose Garden, landing at the Regents Bar and Kitchen where we rested with a cup of coffee.

Weeping Willow at the ornamental lake of Queen Mary’s Garden

We used the Euston Road to return to Bloomsbury and made arrangements to meet at the Charles Dickens Museum later in the afternoon.  He remembered when he was eight that I was member of the Dickens Society in Philadelphia, so a visit seemed especially cogent. 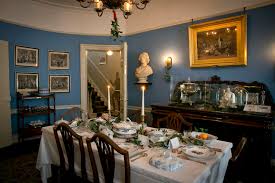 We like to be flaneurs, walking and looking, without much planning.   After leaving the Dickens Museum, we set out in search for a coffee shop.  Somehow we ended up at Great James Street a few blocks away and came across Dorothy Sayers’ house (author of the Lord Peter Wimsey novels).  Eventually we made our way to Tutti’s Cafe, a small convivial coffee bar on the charming Lamb Conduit Street. 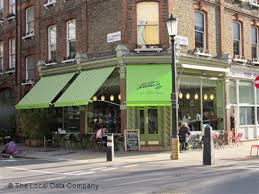 Dinner was forgettable but the building was charming.  We did have an interesting conversation about writing and about this blog.  Larry calls the urge to create, the beautiful struggle.  He doesn’t think I’m revealing enough of that struggle.  Certainly, you won’t see it on this page.