I had to have the raclette that I’d had last year which meant a trip to Marche d’Aligre.  I could go to the market and also have lunch a Mokonuts, a restaurant recommended several months ago in The New York Times.

The market is located in the 12th, that is, on the right bank: the best way to get there is to go through the Botanical Gardens and cross Pont d’Austerlitz. 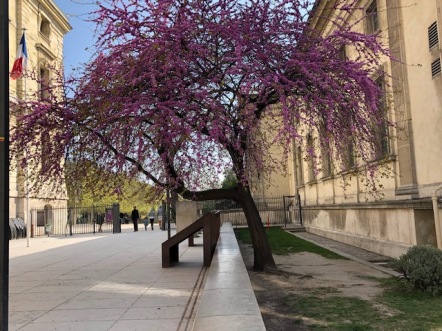 Since I was planning to have lunch out, I resisted much of the stalls and headed straight for Fromagerie L’Alpage located on the sidewalk along the back of the market.

The shop was full.  Eventually,  I explained to the shopkeeper, in French, that last year I had bought a raclette flavored with wild garlic from the Swiss mountains.  He seemed to understand and told me that they had none.  Then, he decided to get someone who spoke English to help me.  I asked him, “Vous n’aimez pas mon français?”  You don’t like my French?  At first he looked confused; then, he laughed.  I made a joke in French!  C’est parfait!  I did get a raclette but sans herbs and a recommended roblochon. 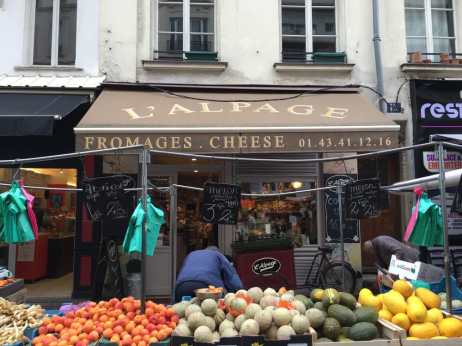 Mokonuts, my next stop, is on Rue Saint Bernard off Rue Faubourg Saint Antoine.  I made a few wrong turns and when I got there, it was closed.  I decided to walk along Rue Faubourg Saint Antoine to admire the handmade Italian shoes I had passed earlier and then on to Place de la Bastille, across Pont Sully on the back of Ile Saint Louis, and meander along Rue du Cardinal Lemoine stopping for drink along the way. 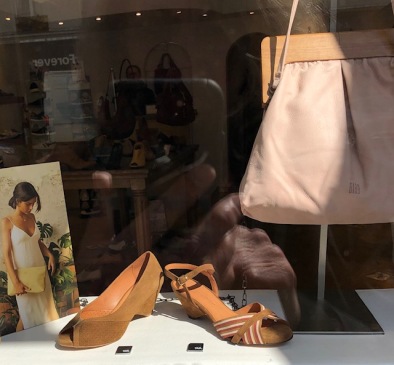 Bastille was a nightmare.  They are redesigning the square to include green areas: trying to get to the right street almost requires a map. When I did get back to my “quartier,” I decided to treat myself to a nice dinner.  I passed by La Truffiere, a Michelin named restaurant, just off Rue Mouffetard.   When I asked if I could have a reservation for tonight, I expected a “no” since it was now four o’clock in the afternoon.  And that is just what I heard.  The restaurant was fully booked.  As I turned to leave, the Maitre d’Hotel changed his mind.  He could seat me but it would have to be at seven.  That suited me: I was tired from walking over six miles and hungry from skipping lunch.
At 7, I arrived but they weren’t ready.  They sent me away for 10 minutes.  When I returned, they seated me in a back room.  I was the only diner. 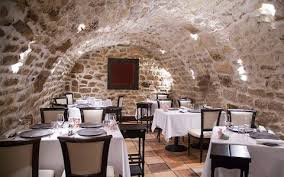 I got lots of attention from the server who brings the bread, from the sommelier who suggested the wine, from the server who brings the menu which was explained in great detail.  I had an “okay” very expensive meal, alone in the above room for most of  two hours.  An English couple, at one point, was seated not far from me but left when they discovered none of the desserts listed were available.
When the server came with my check, he apologized, telling me that the French don’t eat dinner at 7.  But it was almost 9 and there were no other diners.  I told him that if I had wanted to eat in a room alone, I could have done that at home.
Was I banished because I was a woman without a companion or because I wasn’t French?  I remember a line from Jean Rhys Good Morning Midnight.   In a restaurant in Paris, the narrator overhears a diner say to the waiter, “Qu’est-ce qu’elle fout ici, la vielle?”  What is she doing here, that old woman.  The narrator was barely 50.