One of the residents encouraged me to attend mass which is offered here at the Irish Cultural Center each Sunday.   On other Sundays, I admired the singing heard in the courtyard.  A beautiful chapel, good music lured this lapsed Catholic.

Except for funerals, I haven’t been to mass since my 20’s when it was still in Latin: consequently, I couldn’t follow the service.  The priest encouraged his flock to “Not look to the past” but, “look into your heart and find something new.”  I seem to be doing the opposite.

In fact, I spent the rest of the day going down the rabbit hole of de Jorna ancestors searching for my elusive great grandfather, Armand de Jorna.  He’s always just out of reach.  I did learn that one of the de Jorna’s from Martinique, Joseph de Jorna, did return to Paris and lived on Rue Boulard which intersects with Rue Daguerre where I’ve spent so much time looking for Agnes. 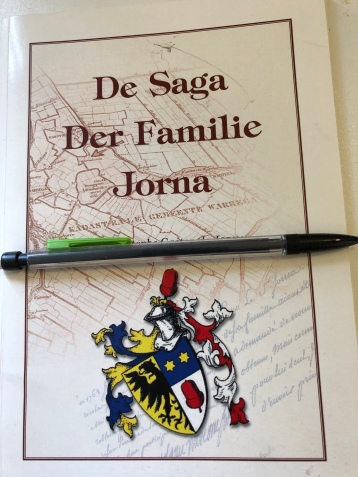 Rebellion in the classroom.  I’ve been unhappy at the Alliance.  I fondly remember last year when the teacher began each Monday by inquiring about our weekends, bringing the class together and making French part of our every day.  This morning a student asked the teacher if we couldn’t do just that.  She didn’t like it but agreed.

The discussion became quite interesting.  We covered the yellow vests whom the teacher supports.  She told us they are protesting restrictions in their daily lives.  Libraries and post offices have been closed in small villages.  Doctors are few and far between.  Their quality of life has deteriorated just as it has in Britain.  Disturbing.

Since I still haven’t heard from the Cultural Director at La Colonie, I decided to go to a creole restaurant, La Creole, not far from the Alliance on Rue Montparnasse and see, as Mr. Micawber said to David Copperfield, if “something will turn up.”  I ate delicious goat stew as I had in Saint Lucia when my daughter and I searched for records of my grandmother, Germaine. 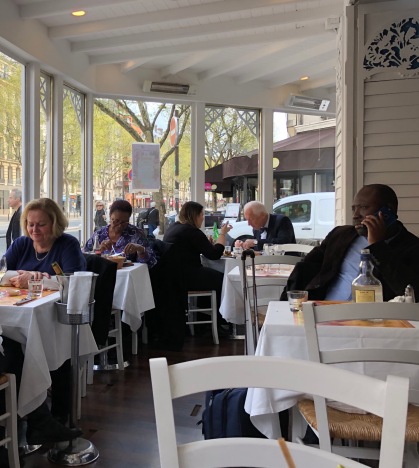 As the atmosphere was friendly, I asked the waitress in my bad French what I had asked the bartender at La Colonie: could she direct me to a Carribbean group that I could talk to?  She went into the kitchen and returned with a name, Les Delices.  My French must have been very bad: it is the name of Carribbean grocery store.

Given I was in the neighborhood, I went to Rue Daguerre and Rue Boulard, home of the ancien Joseph de Jorna.  When I reached the street, I stopped in a book store and a real estate agent asking if they could direct me to the oldest house on the street.  No, they could not.  There are two blocks noted for their age. 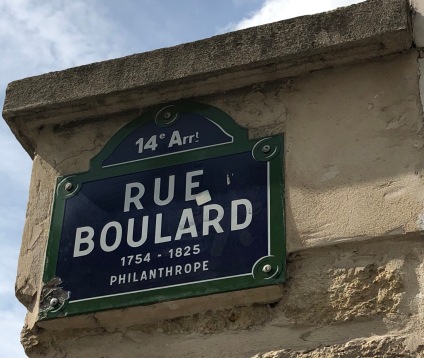 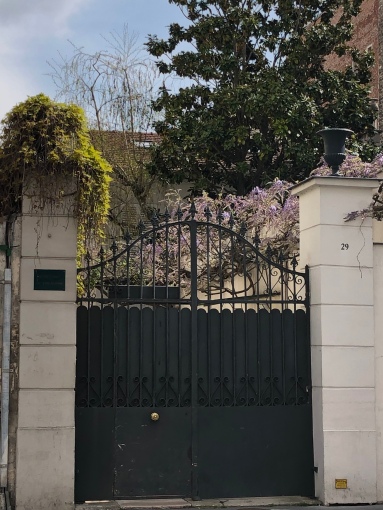 I chose it because my father, who wanted so much to be the ennobled small de in de Jorna, would have approved. 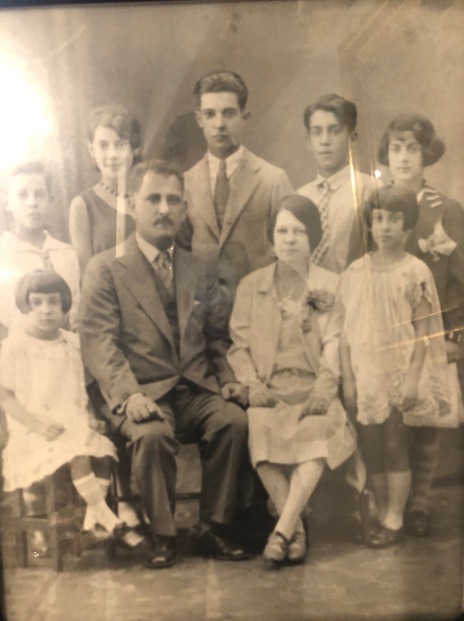 My father, Louis Zinis, second from the right, back row

Then, one last stop on Rue Daguerre, last home to Agnes Varda. 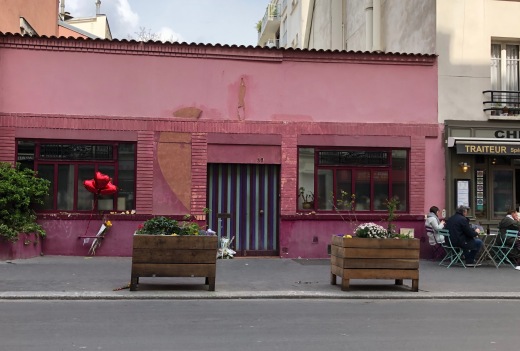