I went in search of La Colonie, described as a meeting place for the exploration of decolonization through discussion, art, music, dance.  I haven’t been successful at finding or contacting any French West Indies groups: I hoped to talk to someone who’s might connect me.

Most of this long walk was spent on Rue Saint-Martin, originally an old Roman road, which passes by the Pompidou Center alive with pedestrians, cafes, art galleries, and entrepreneurs. 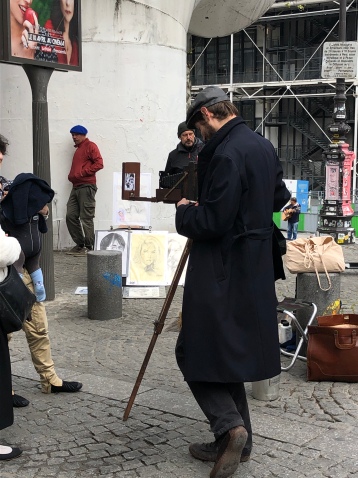 Eventually, I reached Porte Saint-Martin, where Rue Saint-Martin crosses Boulevard Saint-Denis.  Built in 1674 under the orders of Louis XIV, the monument commemorates his victories in the Rhine and France- Comte.  It replaced the medieval gate from the 1300’s, part of the fortified city of Charles V. 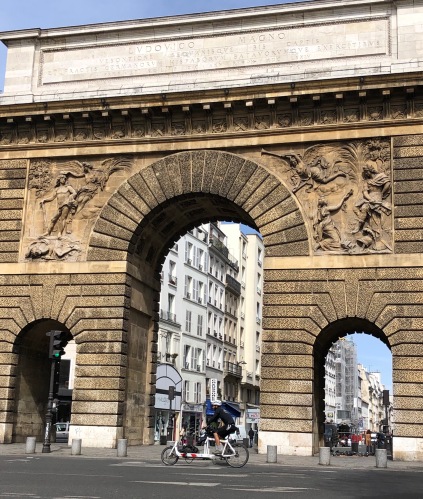 Once through the arch,  the atmosphere changes: more run down, more faces of color, more African restaurants.

After almost four miles, I arrived.  Nothing outside indicated what I would find inside: a large two story room lit by skylights, filled with couches, tables, plants, and a bar.  Each table held a list of events for the month.

Stacks of flyers from various groups lined one long wall.   A few people sat together on couches while I put myself at one of the small tables in the middle of the room.  The bartender brought me a coffee.  I lingered.  Later, when I went to pay, in French, not good French, I explained I was researching the Caribbean experience of living in Paris, then, asked if he could direct me to someone who might know.   He gave me the email of the Cultural Director for La Colonie.  Finally, success!

Later, disappointment.  No matter how I formatted the address, il ne marche pas, it  didn’t work.  As an alternative, I used the cafe’s website to request an event space, hoping he’ll respond.  Fingers crossed.  I wonder.  Is this search of mine star-crossed? 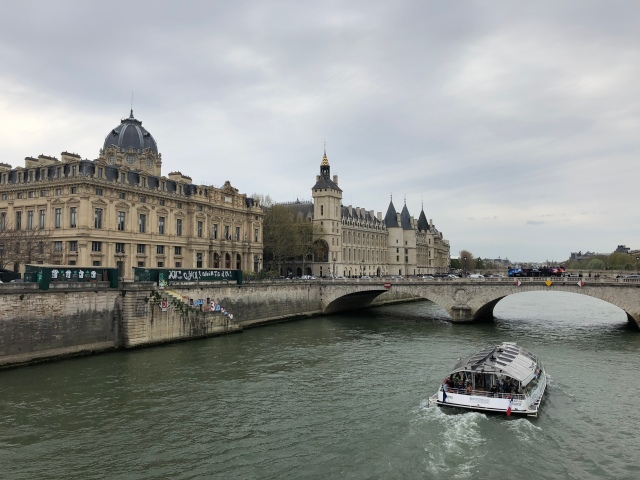