One night my son and I were looking at a commercially successful film Moonrise Kingdom in Athens: two nights later we were in a remote area of the Peloponnese watching parts of Eniaios, filmmaker Gregory Markopoulos’ life work at Temenos, his sacred grove near his father’s birthplace of Lyssarea.

My son, Larry, chose to be the first driver but was unable to give up that position when I developed acrophobia as we climbed the narrow mountain roads with no side rails. On our way to Corinth, we discussed Anderson’s film, Moonrise Kingdom. Being annoyingly picky, I pointed out that saddle shoes worn by the female protagonist were not “Sunday” shoes as described in the film nor were they popular in 1965. They were all the rage much earlier. The film can delight most spectators with its fairytale mise-en-scene, its belief in true love, and a plot whose obstacles are overcome first by two protagonist and then by the “in-crowd” who realize they should be good “scouts” and join together to save the orphan and his love. Perhaps I’m jaded; perhaps I gazed at the lit up Acropolis too long during the film. Yet, the idea of a truth existing no matter how outrageous, no matter how difficult to bear, is not so far from Markopoulos’ intention as he decided to go his own way, making films by doing every part, filming and editing by hand. Then, he allowed his films to only be shown as he instructed no matter what the cost, which was often quite high as his films were not often seen. He had a vision, a truth and, since the eighties, he shared it with whomever made the journey to Temenos. Then, as today, there is no charge. A pilgrim has only to pay for his or her room and board.

Several hours outside of Athens, we started to climb up and down the Peloponnese mountains. We both agreed that the drive with its hairpin turns, its goats and sheep blocking the road, with the undulating blue of distant peaks welcomed us into the miracle of Greece, a miracle that Temenos creates every four years enticing filmmakers, students, and academics from different cultures to
it’s sacred grove. 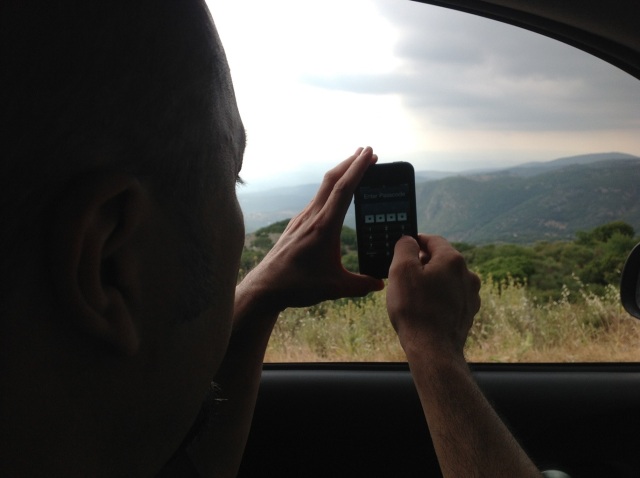 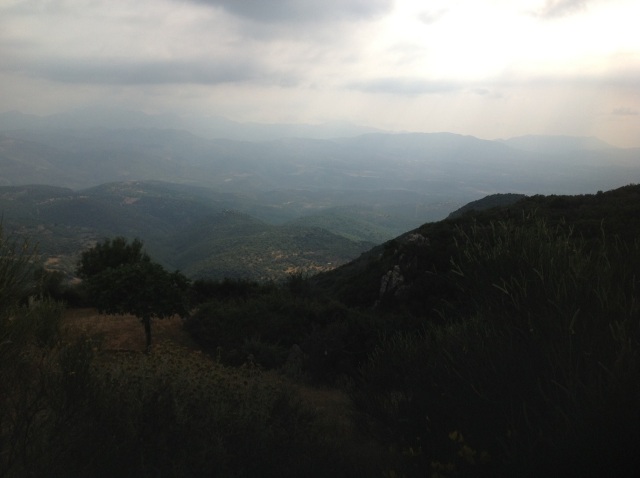