I planned to explore various locations gleaned from Marguerite Duras’ memoir La Douleur (The Pain) in French or The War in English.  The memoir recalls her experiences during the German occupation and the difficulty adjusting after the liberation of Paris. She and her husband, Robert Antelme, were members of The Resistance.  In June 1944, Robert Antelme, was arrested by the Gestapo at his family home where his sister, Marie-Louise also a member, lived.  Rue Dupin had become a meeting place for their group which included Francois Mitterand.  Eventually Antelme was imprisoned at Dachua.   While he was held in Paris, Duras tried to send packages to him through the Gestapo at its headquarters at 11 Rue des Saussaies. 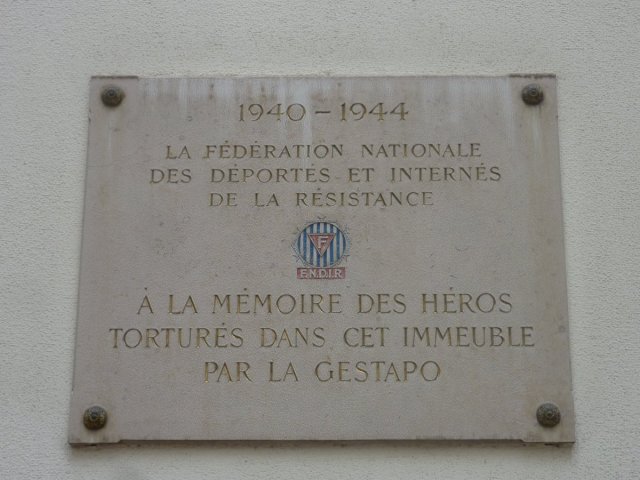 I could get to Rue Saussaies through the Jardin des Tuileries, wander up the Champs Elysees, following my old newspaper route, make a right on Rue de Berri, look for the old Herald Tribune office where I picked up my papers, turn right on Rue Saint Honore, and, a few blocks later, hit Rue Saussaies.  On my way back to the Irish College, I could go by Rue Dupin located in the 6th off Rue de Sevres. 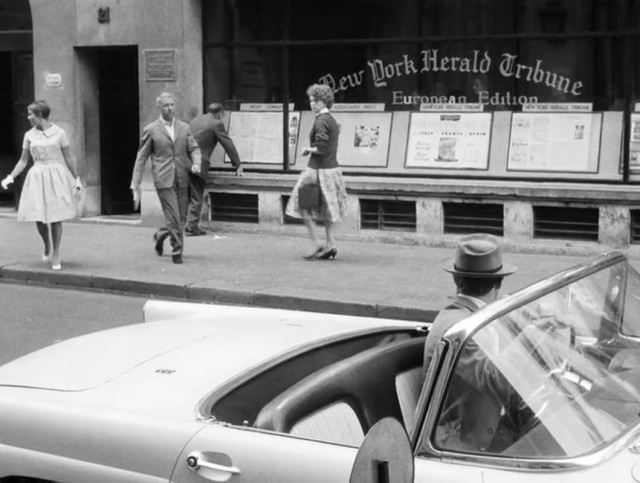 It was not to be. The night before, I had spent every Euro I had on dinner.  On Rue de Soufflot, I went to a bank ATM to withdraw some cash.  Denied.  I assumed something was wrong at their end, not mine. I had plenty of funds in my bank account.  After trying two more banks, I realized my bank card ne march pas, didn’t work.

As it was noon in Paris, therefore, six in the morning in the states, I had to return to my room.  After 10 minutes of pacing, I tried the 800 number on the back of my bank card, but it only dealt with lost cards.  I searched for an American Express office hoping that as a card holder, they might help.  None exist.  Not like the days when I could pick up my mail, cash a check, meet a friend there. 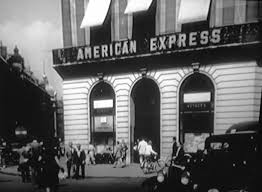 I asked an administrator at the college if they could cash a check for me.  No. He suggested I try a currency exchange office.  Back to Rue Soufflot.  No again.  I went to a few banks.  Absolument pas!  Back to my room.  Two hours later, my bank remained closed.  I called American Express in the states, no go.  I didn’t have the right account to withdraw money.  Finally at 9, I reached my bank.  A digital glitch.  A questionable withdrawal had shown up on my account automatically freezing it.  It could not be unfrozen.  They assured me they had called me at home and sent me a new card.  I reminded them that I wasn’t at home but in Paris with no dough.  Then, they informed me they could not send me money.  I suggested they get on a plane with some moola as I had none, and, therefore, was unable to buy food or even get a cab to the airport.

Five hours later after moving up the chain of command, they advised me to wire money to myself using Western Union.  I hurried to an office on Boulevard Saint Michel as closing time was approaching.  Their computers were down.  Merde.  They directed me to another office further down towards Boulevard Saint-Germain.  Their computers worked.  I spoke to the clerk using English and French: no, I could not wire myself money.  Someone else would have to send it to me.  And so, a family member saved the day.  It had taken only 7 hours to be rescued.  A lesson: always have a secondary source of funds.

I had expected to go to a reading by my daughter’s novelist friend, but the thought of traveling to Montmartre at 8 in the evening overwhelmed me.  I settled for a gyro from Au P’tit Grec on Rue Mouffetard.  I, also, ordered a bottle of retsina but first had to convince one of the customers, a Greek man, that I knew what I was getting myself into, mostly through nodding my head up and down.  As I walked back to my room, I figured out what I could have said to him in French.  It seems I can speak adequate French after the fact.  Should I have tried Ellenika, that is, Greek?